CSK vs DC Match Qualifier 2 Match Summary : After losing the first qualifier in the Indian Premier League against Mumbai Indians, Chennai Super Kings have managed to win the second, beating DC by six wickets on Friday, only to set up the summit clash against Mumbai Indians which is going to be held on Sunday. 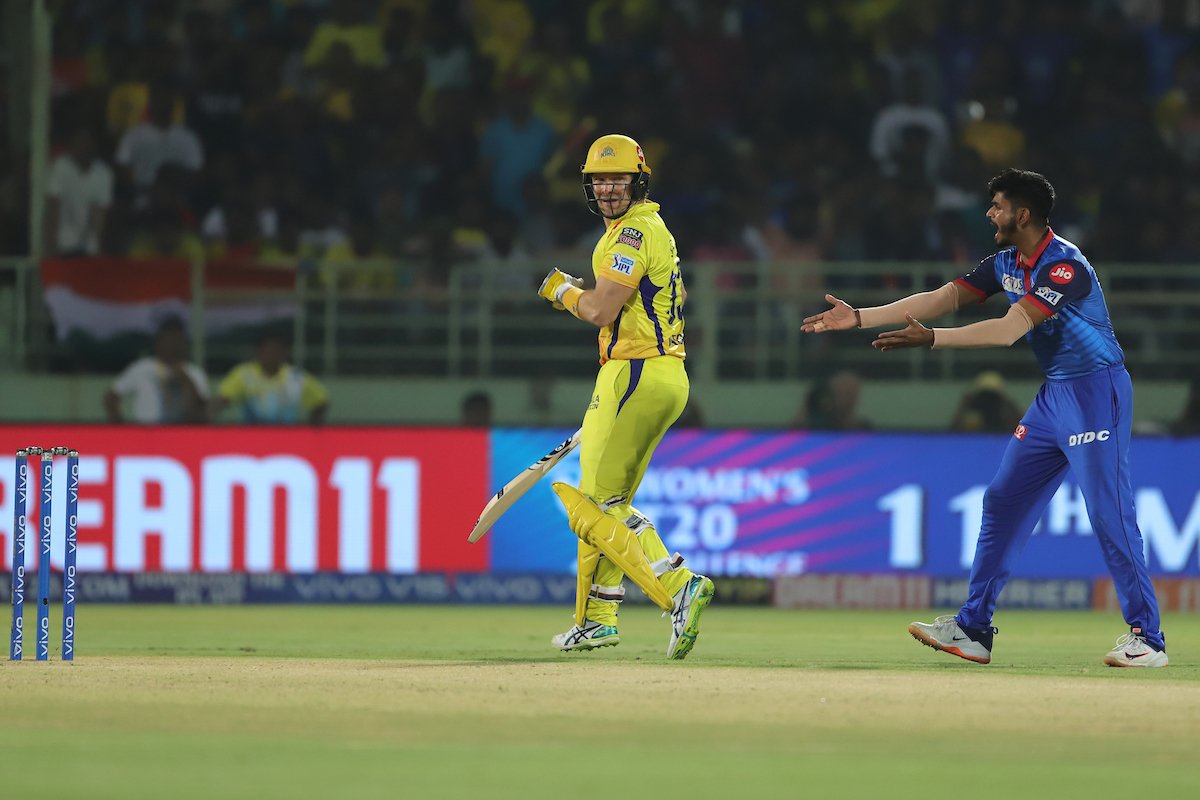 Fortunately, CSK’s top order clicked on Friday with the opening duo of Du Plessis and Shane Watson notching up an 81-run partnership between them in pursuit of a below par 147. Du Plessis played a sensational 39-ball 50 run innings, while Shane Watson scored his second half-century of the season, scoring 50 off 32 balls.

In the 81-run alliance between Du Plessis and Watson, the former scored the majority of runs, while Shane Watson played as a second fiddle. However, once Du Plessis fell in the eleventh over, it was Watson’s show afterwards. CSK scored 81 runs in the first ten overs. The game was still poised as either could have won the game up till then.

However, Shane Watson ruined Delhi Capitals’ chances, hitting 2 fours and 2 sixes to Keemo Paul in the twelfth over to seal the game for his side.

.@faf1307 is adjudged Man of the Match for showing great positive intent and class in his half century chase 🔥#CSKvDC pic.twitter.com/4vKM7lHMtY

Delhi did account for Raina, Watson, and MS Dhoni’s wicket, but failed to win the game on Friday, as CSK will now fight for their fourth IPL title against MI on Sunday.

Earlier, Delhi Capitals posted a below-par 147 runs in 20 over in the first innings. Barring Rishabh Pant’s 25-ball 38, no player could contribute significantly in Delhi’s total in what was their first ever qualifier in the history of IPL.

Experienced player Shikhar Dhawan’s inability to score in big games was again in the spotlight, as he fell cheaply for just 18 off 14 deliveries, while skipper Shreyas Iyer also didn’t spend much time at the crease, getting out on 13 off 18 balls.