DC vs SRH Eliminator Match Summary : Finally after one and a half month battle its curtains for SRH after being defeated by DC by 2 wickets. Now DC will face off CSK in the second qualifier on 10th May 2019. Let’s see how the match went and finally ended in a nail biting finish, DC wn the toss and opted to bowl first at the Dr. Y.S. Rajasekhara Reddy ACA-VDCA Cricket Stadium, Visakhapatnam. 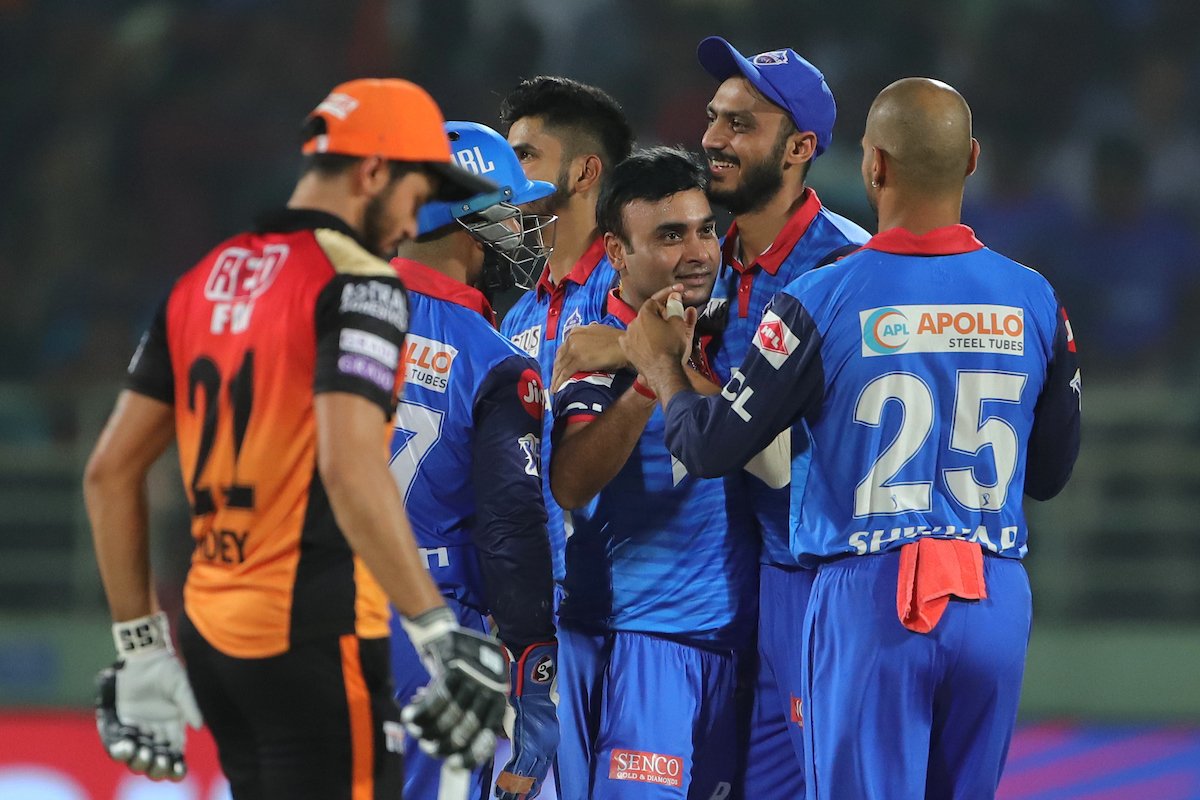 SRH came on to bat and instantly faced a major speed breaker as they lost opener Wriddhiman Saha at just 8. But Martin Guptill and Manish Pandey absorbed all the pressure and played the magnificent knock of 36 and 30 runs respectively, Guptill should be given special mention as he scored quick 36 off 19 balls that included 4 sixes.

Deep down the middle order Kane Williamson and Vijay Shanker too played their role by scoring quick twenties at blazing pace, Kane Williamson scored 28 of just 27 balls and  Vijay Shankar scored 25 of 11 balls respectively. Till Mohammad Nabi was at the crease situation was under control, but after that the tail was blown like a pack of cards and SRH was restricted to 162/8 in 20 overs.

Keemo Paul was the pick of the bowler after he took 3/32 in 4 overs. DC started off the innings with a bang as after a long time Prithvi Shaw looked in silicon touch, but this time Shikhar Dhawan failed with the bat and scored only 17 of 16 balls followed by Shreyas Iyer at just 8 runs.

Keemo Paul ends the tension!@DelhiCapitals win the #Eliminator by 2 wickets and move on to Qualifier 2 🔵#DCvSRH pic.twitter.com/WzpjUeg5pC

Although Prithvi Shaw kept striking the ball of the park and scored 56 of 38 balls, that included 2 sixes and 6 fours. In the middle order Rishabh Pant played the 49 runs cameo of just 21 balls with the help of 5 sixes and 2 fours. But after his dismissal DC lower middle order too fell cheaply, but some achieved the target with 1 ball to spare.

Rishabh Pant was declared the man of the match for his outstanding performance in the match.

Brisk, clean hitting in a knock of 49 (21) to bring @DelhiCapitals within touching distance of the chase – @RishabPant777 is the Man of the Match in the playoff eliminator.#DCvSRH pic.twitter.com/KhRX5XqOhw