MI vs CSK Match Summary: It was the first qualifier of the IPL 2019 between Mumbai Indians and Chennai Super Kings, the crowd was alive to witness the epic magnum opus and they weren’t disappointed as the match proved to be the ultimate thriller. 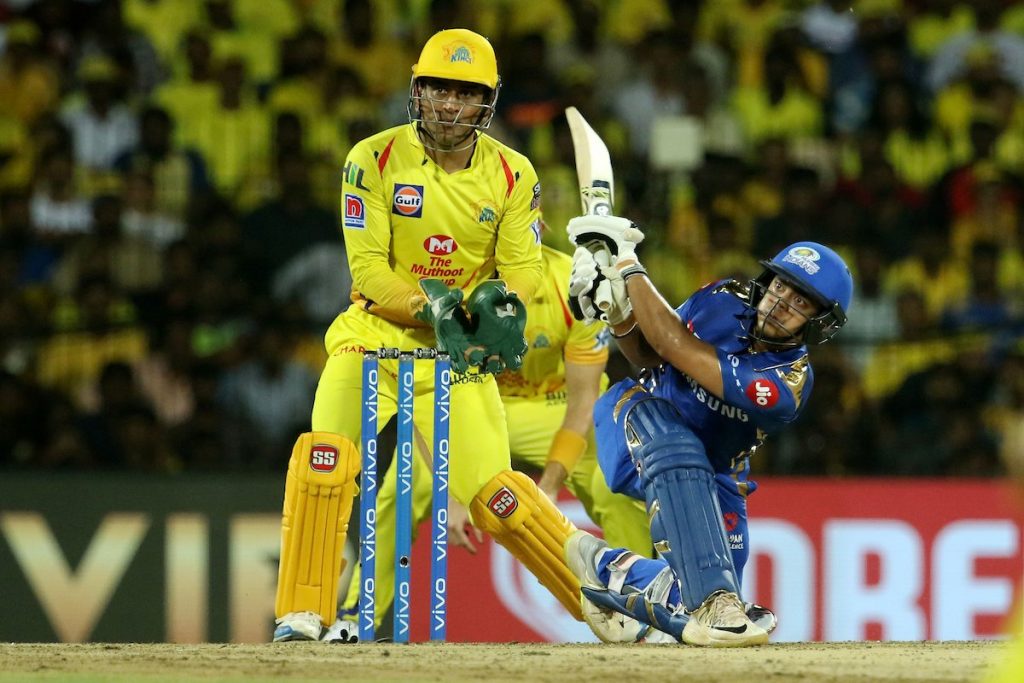 Mumbai has now reached the finals for the fifth time after defeating CSK for the third time in a row in IPL 2019. So here is how things went, Chennai Super Kings won the toss and opted to bat first.

But the start didn’t prove fruitful for them as they lost both the openers in quick succession, much was expected from Suresh Raina, but he too failed with the bat and was caught and bowled at just 5. Deep down the order Murali Vijay and Ambati Rayadu somehow took CSK to 100+ mark and in the end, MS Dhoni played the patient yet charismatic knock of 37 of 29 balls that included 3 sixes.

Finally, CSK was restricted to 131/4 in 20 overs. Mumbai Indians too didn’t have the greatest starts as they too lost their openers Rohit Sharma and Quinton De Kock cheaply at 4 and 8 runs respectively. But then came Surya Kumar Yadav and played the match-winning knock of 71 of 54 balls that included 10 eye-popping fours.

The Surya that shone with 🔵 in Chennai! How @mipaltan made an early entry into the #VIVOIPL 2019 final 🙌#MIvCSK pic.twitter.com/U2GmM4B32v

Ishan Kishan too played the helping hands of 28 and in the end, Hardik Pandya called it curtains after scoring quick 13 runs. In the end, MI won the match with 9 balls to spare.

Suryakumar Yadav was declared the man of the match for his outstanding performance in the match.