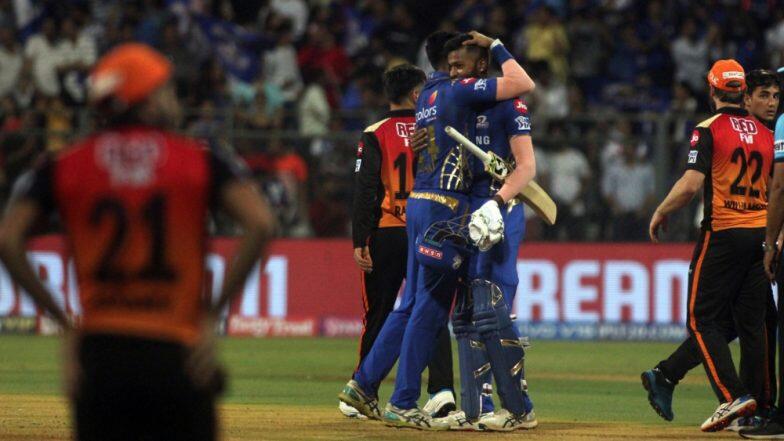 MI vs SRH Match Summary: It was a match between two team teams fighting for the third and fourth spot in the playoffs of the IPL 2019. Mumbai Indians won the toss and opted to bat first. Mumbai Indians started off the innings with a bang as both the openers Rohit Sharma and Quinton De Kock started slogging the ball from first over, but after the fall of Rohit Sharma at 24, the run rate slowed down as both Quinton De Kock and Surya Kumar Yadav started the consolidation work and stood for 50+ stand, but soon De Kock and Surya Kumar Yadav wicket fell in quick succession at 69 and 23 runs respectively.

Since then Hardik Pandya and Kieron Pollard played the crucial cameo and took the team total to 162/5 in 20 overs. Sunrisers Hyderabad also started the innings quietly as both Wriddhiman Saha and Martin Guptill took no risk and played risk-free shots, but the trick didn’t work for long. Both the openers Saha and Guptill lost their wickets at 25 and 15 runs respectively.

Finally, the match went to the super over and Mumbai Indians emerged as victorious hitting six at the final ball.

Jasprit Bumrah is the Man of the Match for his phenomenal bowling tonight 👌👌 pic.twitter.com/wkrkFW8Ajm