Overseas players in IPL:- IPL or Indian Premier League is a popular tournament, which invites both Indian Players and foreign players to take bids based on the form in an effective way. It is widely suggested for people to consider exploring some of the players, who have not played to the key role despite having the capabilities. It is evident that every team has a mix of both Indian and overseas players in IPL to have the right balance.

Every team will be given an opportunity to pick and bid for players based on the necessity. It is important for every team to have a good balance in the team because it helps them to win over the games in an easy way. Most of the teams prefer selecting all-rounders or specialist bowlers or batsman because it helps them utilize them based on the necessity.

Every team will have room to play 4 international players and 7 domestic players in all the matches. It is necessary to have a set of in-form players in the team because it helps to play well in an easy way.

One Overseas Player in IPL From Each Team Who has Disappointed the Most:

Overseas players in IPL RCB is one of the top favourites among IPL fans because of various reasons. Captain Kohli has made sure to have a good set of players in both batting and bowling departments. RCB has done a good job in the batting department but lost a lot of matches because of ineffective bowling line-up. It is necessary to have a good set of players with the right balance because it plays a vital role to recover from damages while playing the game on a regular basis. 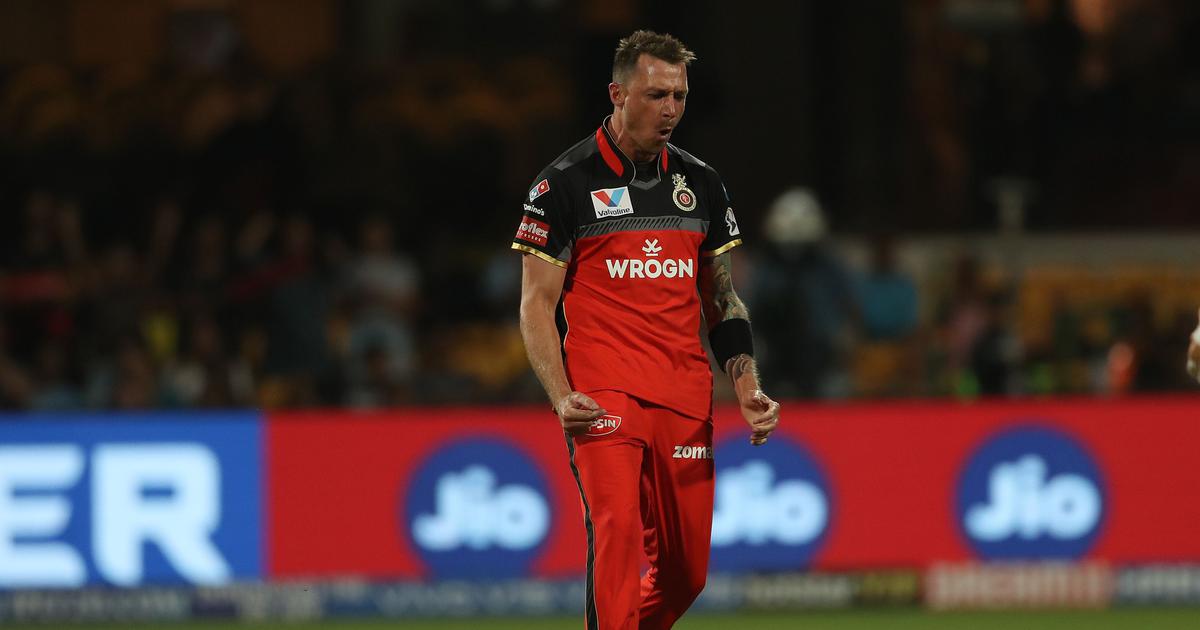 RCB was looking forward to having a specialist pacer in his team because there were no senior pacers. It is necessary to destruct the top and middle order of the opposition in every match. The destruction helps the team to restrict runs to the maximum extent. Dale Steyn was picked by RCB in the Auction but never managed to play for the team except for a couple of matches.

Overseas players in IPL It is a known fact that all rounder’s play a vital role for every match because they can add value in both bowling and batting departments. It is important for every team to have a set of all rounder’s, who can be replaced with specialist bowlers and batsmen in a quick time. Ben Stokes is a reputed all-rounder from England, who has the capability to turn the match around easily. Stokes did not perform as per the expectations for Rajasthan Royals, which disappointed the team and fans naturally. 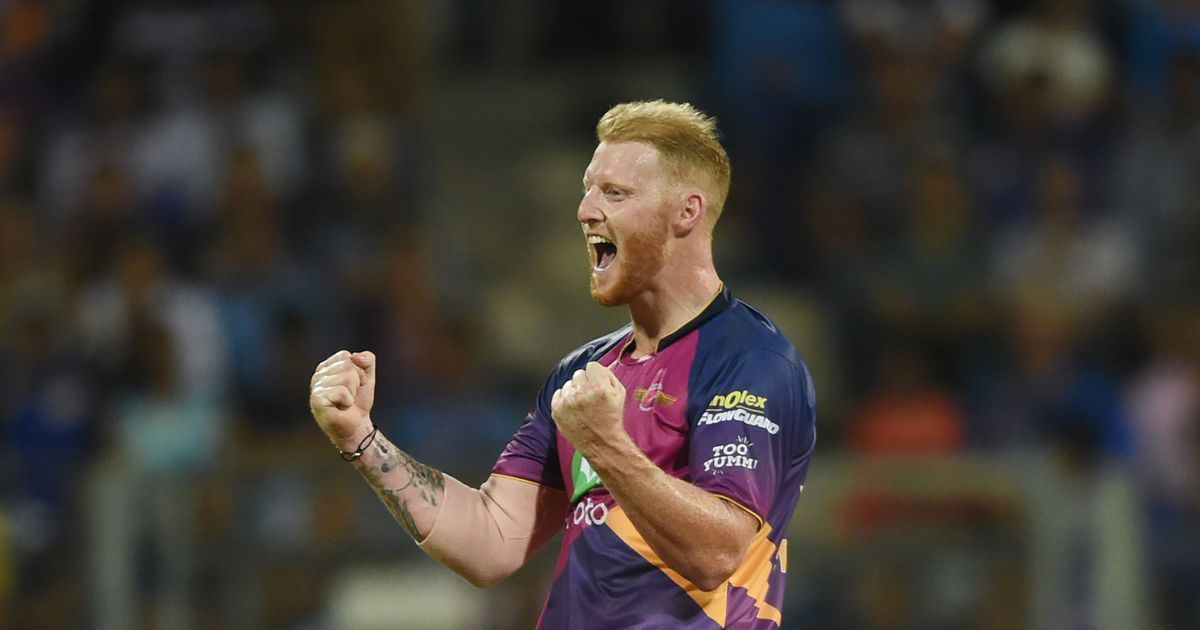 Ben Stokes had a great season last year, which helped the team to make him stay on the squad. It is evident that every player goes through a hard time in his or her career. Ben Stokes had a great time in 2018, where he performed to his best of the capabilities. Rajasthan Royals has only a limited number of all rounder’s and a professional all-rounder helps the team to win matches in an effective way.

Overseas players in IPL David Miller is a fine player, who has a reputation of turning matches around in an easy way. Kings eleven Punjab had a decent season in 2019 but lacked in international players contribution. It is evident that every team is in need of players’ specialities because it plays a vital role to win. Miller is an ex-captain for Kings Eleven in the year 2018, but due to lack of performance, he was removed. 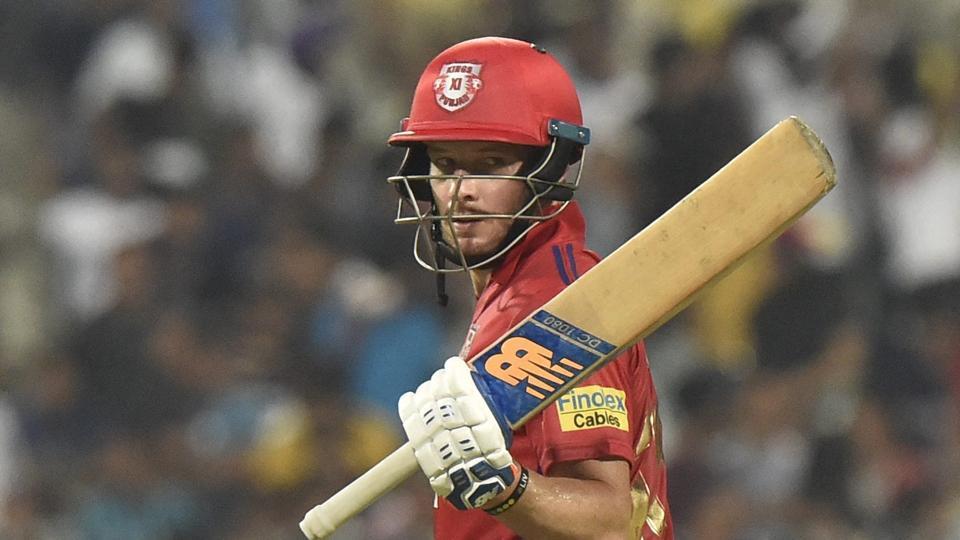 David Miller is a specialist batsman for Kings Eleven from South Africa. He does not provide consistency, which plays a crucial role in every IPL team. He is having a rough time dealing with his strike rates because it is an important aspect in the T20 game format. David Miller did not get a chance to play a lot of matches in 2019 Indian Premier League because he did not show the expected performance in nets before playing games.

Overseas players in IPL Lockie Ferguson is a New Zealand player, who has an impressive record in Big Bash. It is necessary for every team to have enough amount of trust because it plays an important role to win games. Lockie played the first 9 matches and managed to take only 5 wickets, which resulted in pulling him off from the playing squad. 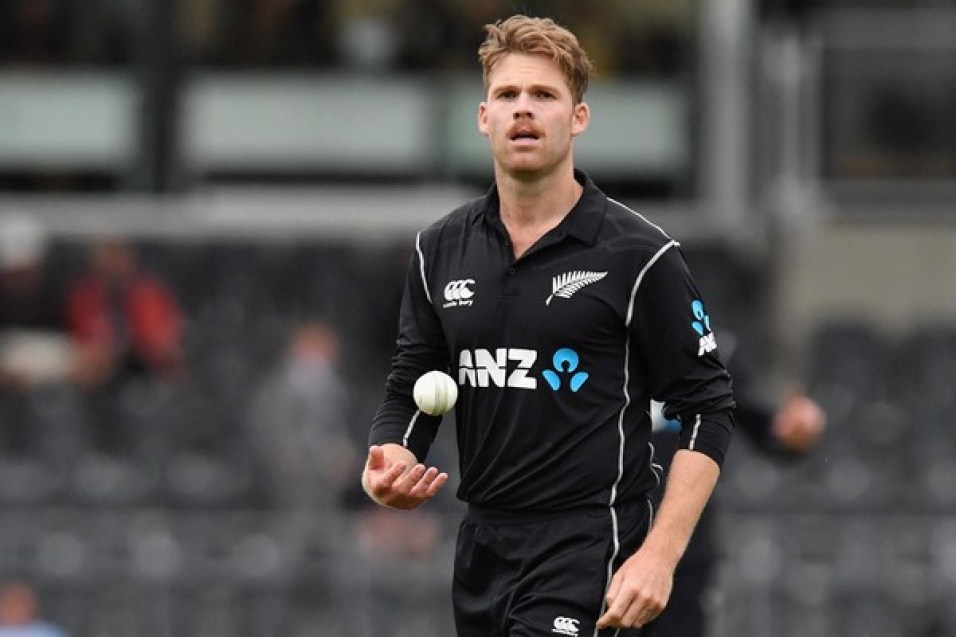 The New Zealand player has a reputation of picking early wickets, which disrupts the top order batsman. Lockie didn’t pass the test in the Indian soil, which turned out to be a disappointment for the entire team. Dinesh Karthik, the captain of the KKR team gave him multiple chances to prove his capabilities. As the bowler was not performing up to the requirements, he has removed the squad after playing 9 matches.

Overseas players in IPL Kane Williamson is a star for SRH or Sunrisers Hyderabad team for the past 2 years. The New Zealand player has shown exceptional skills in both captaincy and batting departments for a long time now. His excellent team leading capabilities has helped the team to reach finals but didn’t manage to win the cup. He again contested in 2019 but had to get eliminated because they lost of Delhi Capitals in the play-offs game.

It is necessary for every player to add value to the maximum extent because it allows the team to take risks. Kane is a top order batsman, who had the capability to score more runs with a good strike rate. As the runs are not flowing from his bat, it is evident that the player has lost his form in the batting department. It is evident that captains in every team go through a lot of stress while playing matches. Kane had a little dose of that because he was not winning matches consecutively as he did in the IPL 2018. 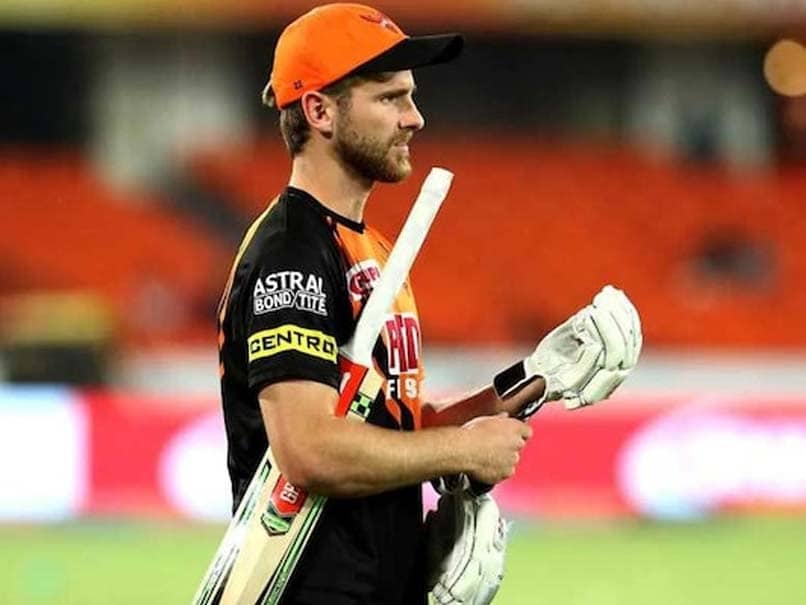 The captaincy pressure added to his batting inconsistency, which resulted in utter disappointment. He had won an orange cup in 2018 IPL, but IPL 2019 was not his tournament to enjoy runs on board. Kane has scored only 58 runs in the initial 7 matches with a strike rate of 98 and an average of 10 every match.

Overseas players in IPL Colin Ingram is a T20 Specialist, who hails from South Africa. He has the ability to hit shots in both initial and death over’s in an effective way. Delhi Capitals had an expectation of adding a lot more runs from the middle order batsman but failed miserably in multiple attempts. It is evident that middle order batsmen need their patience in place while playing because it is necessary to add runs to board without losing wickets. The risk factor is high for middle order batsman because a single error could lead to team destruction. 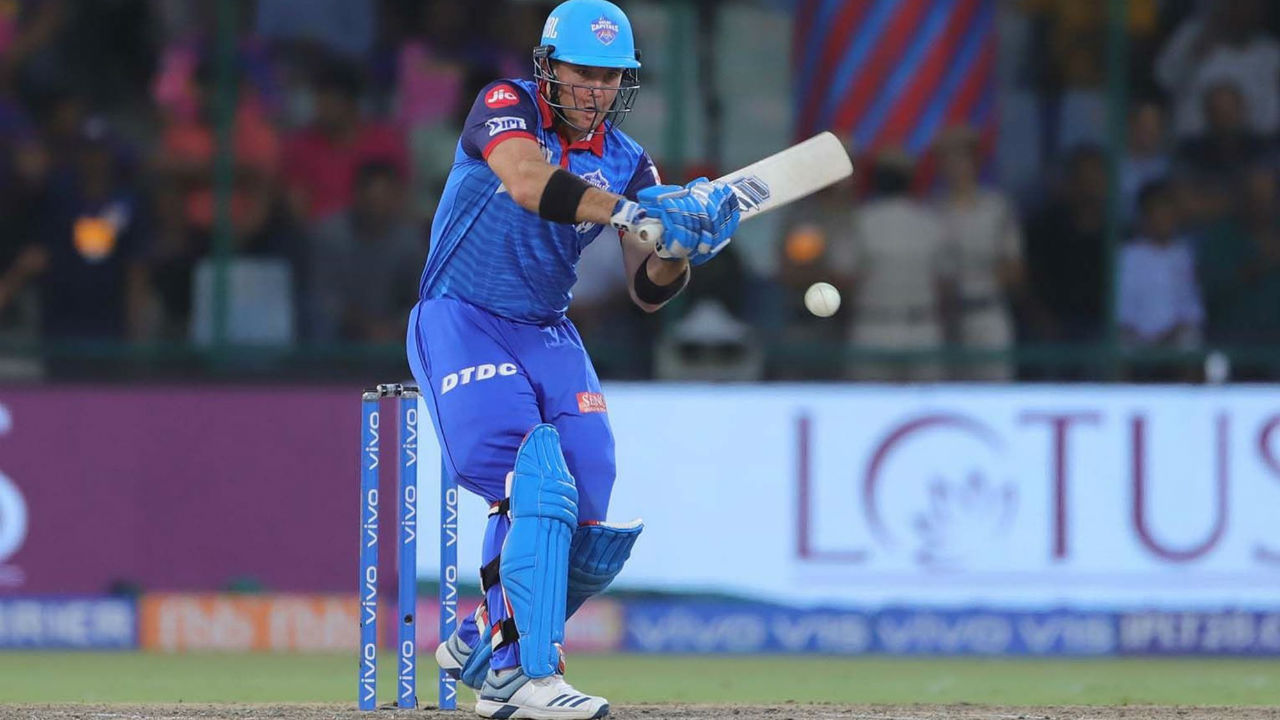 Overseas players in IPL Mitchell McClenaghan has a huge amount of respect from batsmen all around the world because of his skill sets. Mitchell is another New Zealand player, who can pick wickets in the early stages from time to time. Death over’s the most crucial aspects for every match because it could turn the match around in an easy way. Most of the people prefer using Mitchell in death over’s because his variations have worked many times. As most of the batsmen show aggressive hitting in the final over’s, it is evident that only a professional bowler can stop them from scoring quick runs. 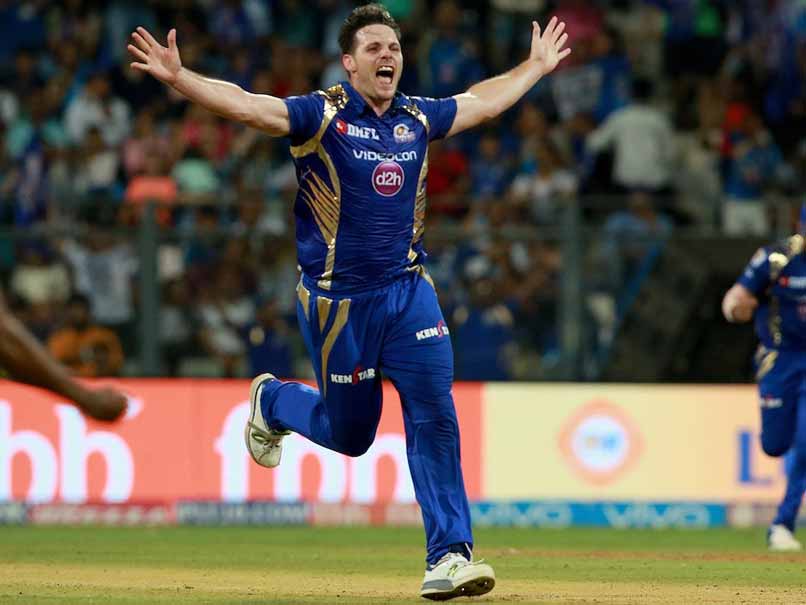 Mitchell is a popular New Zealand player, who is used by Rohit Sharma in the earlier IPL to pick wickets in a quick time. IPL 2019 did not favour the player, where he bowled some expensive overs with an average of 10 runs in the first 3 matches. This leads the player to stay off the field for some time to improve his game.

Overseas players in IPL:- Shane Watson is one of the top favourite all-rounder, who has contributed to world cricket on a regular basis. The Australian all-rounder has gained the reputation of batting in both top and middle order without compromising on the performance. CSK or Chennai Super Kings has the highest success score among other teams in the history of IPL. 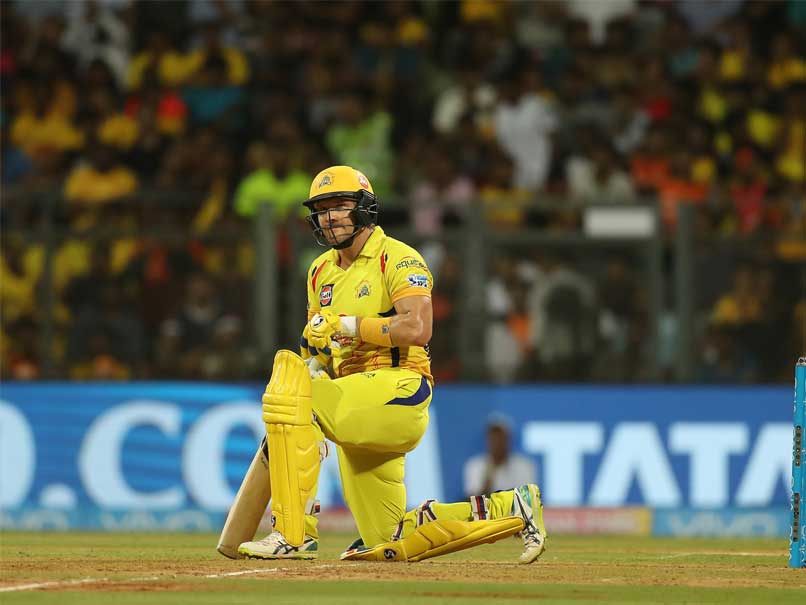 As there was no other player in the race, we had to mention Shane Watson as the biggest disappointment for the CSK team.