SRH vs RCB Match Summary: It was an actual fate decider match for Sunrisers Hyderabad for the playoffs, but RCB spoiled their party at the last minute and won the crucial match by 4 wickets. It was the last league match for both the teams, RCB was already out of the tournament, but SRH had a small window open for the fourth position in the playoff with 12 points in the kitty, but it seems now the last year runner up will not make it this time. 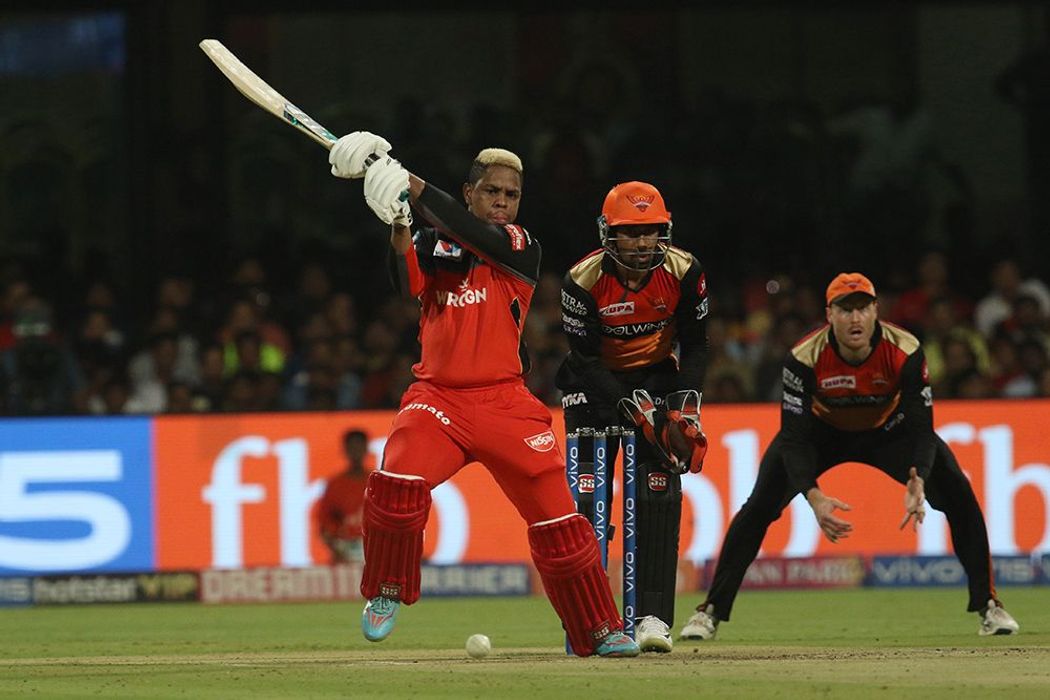 RCB won the toss and opted to bowl first, SRH came on to bat and had a decent opening partnership stand, the openers gave a necessary start, but couldn’t convert them into big scores. Wriddhiman Saha and Martin Guptill were dismissed at 20 and 30 runs respectively.

Although this time Manish Pandey failed with the bat, Kane Williamson rose to the occasion and scored flawless 70 out, Vijay too showed the true colors and scored crucial 27 runs. But after that the lower middle order flew like a pack of cards and SRH innings was restricted to 175/7 in 20 overs.

RCB too had the disappointing start as Parthiv Patel was dismissed on a golden duck, Virat Kohli too failed with the bat followed by AB De Villiers. The actual hero of the match were Shimron Hetmyer and Gurukeerat Singh Mann, Hetmyer wasn’t given much chances throughout the tournament despite the big reputation, but when he got the opportunity, he grabbed it with both hands and played a match-winning knock of 75 of just 47 balls that included 6 sixes and 4 fours.

Shimron Hetmyer was declared the man of the match for his outstanding performance in the match.

The man from 🇬🇾 came good with a scintillating 75 (47)@SHetmyer was adjudged Player of the Match for his match-winning innings 🙌#RCBvSRH pic.twitter.com/Ot35PTUDv8